The site was closed to the public and work began to stablise the area.

As well as controlling any movement in two retaining walls – a small stone one at the top and a main masonry wall at the bottom – the aim was also to activate an on-site landslide alert.

This is the first wireless, remote control monitoring system to be installed in Lithuania.

The site and the funicular has now reopened to visitors.

The project to stabilise the hill has so far cost the state 9 million euros. 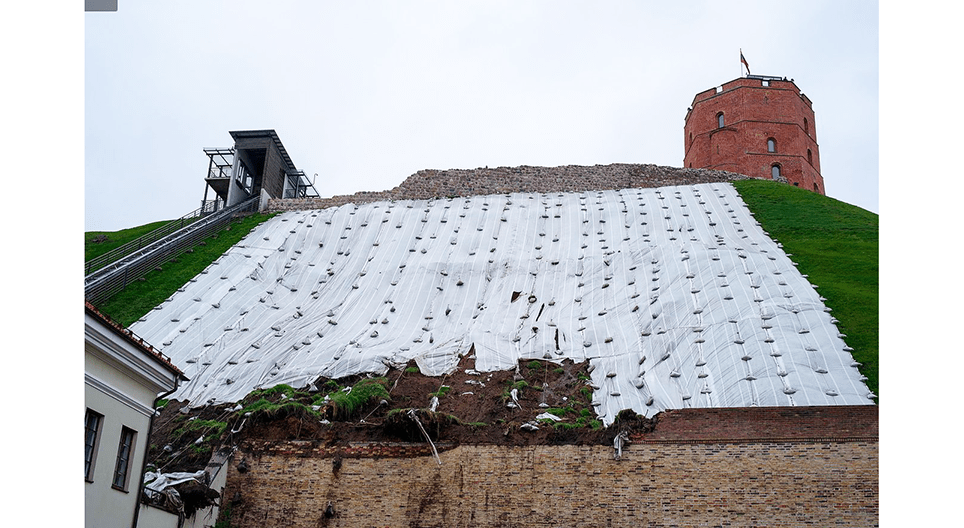 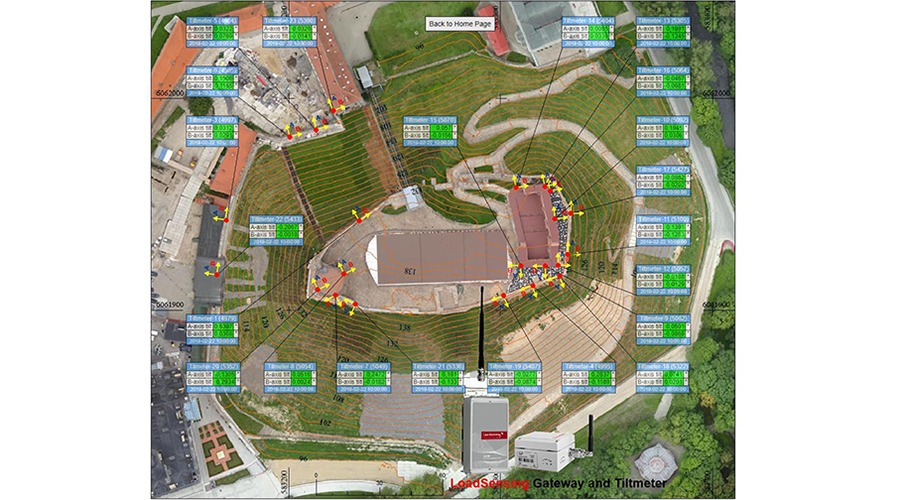 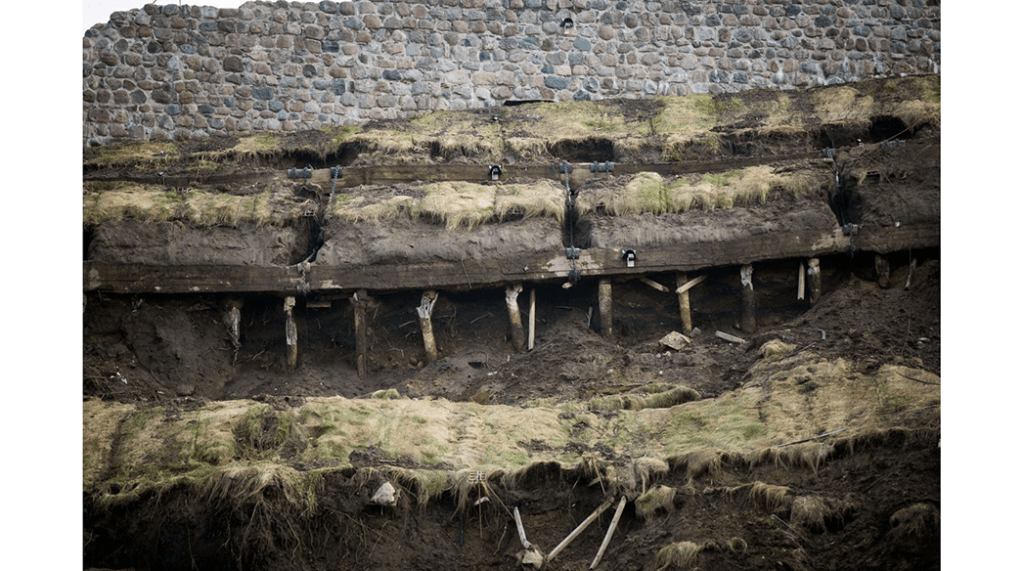 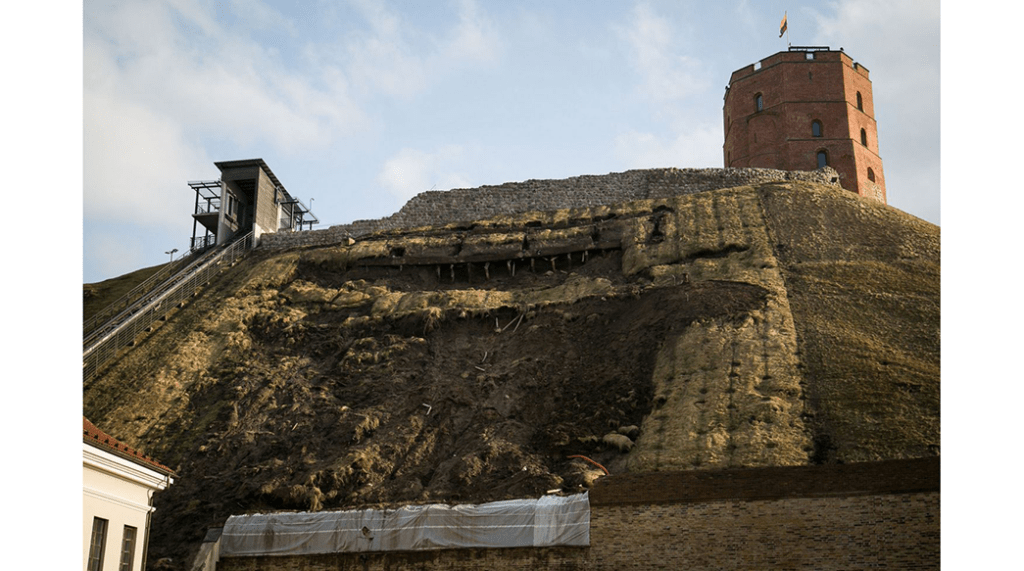 So far, 23 wireless tilt meters have been installed, connected to the Wi-SOS 480 Gateway; 50 prisms are powered with four GeoMax Total Stations and five load cells measure the anchors’ load, powered by a Geologger G8-Plus.

Future plans include increasing the number of prisms, installing piezometers for water level measurement in boreholes and drainage water wells and using inclinometers in a 40m borehole in the centre of the hill. 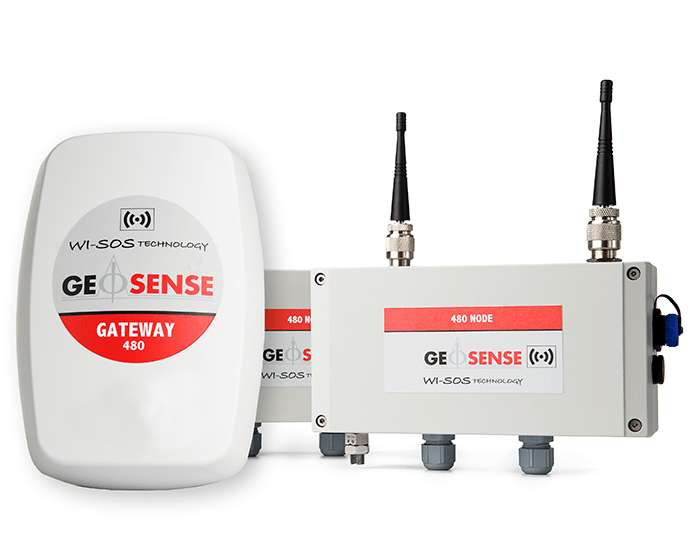 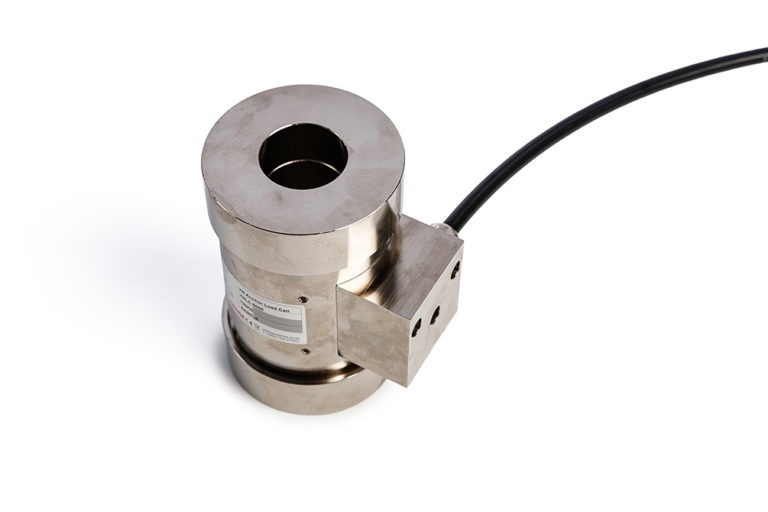