Are HAE filters misleading in the Fully Grouted Method? 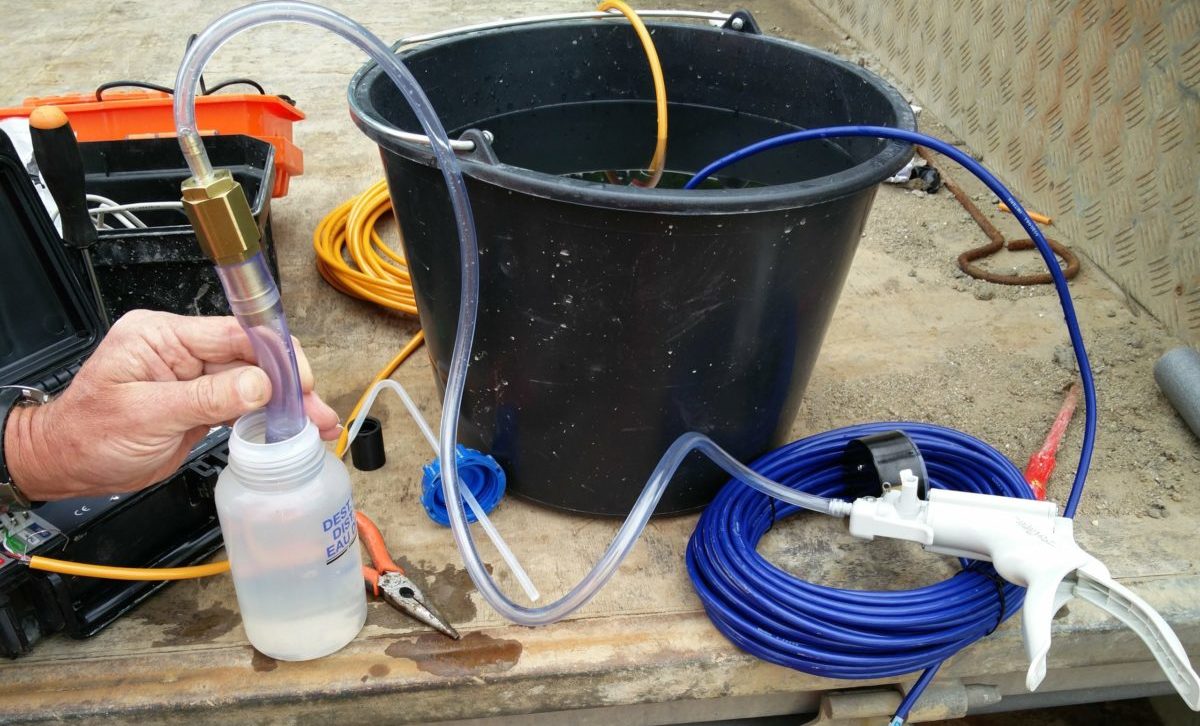 Although the Fully Grouted Method (F-G-M)was first considered following Vaughn’s work in 1969, it wasn’t until 2003 following Mikkelson’s initial research and implementation that it started to get traction, primarily in Northern America. Barr Engineering (Contreras, Grosser et al) have since 2008 been carrying out ongoing research into the aspects of different grout mixes and in September 2020 the Canadian Geotech article updated the industry on new research into different grout mixes.

“Forget the sand and bentonite seal! This is no longer the way to go! Use the fully-grouted method!”

Yet in 2014 during the first International Course on Geotechnical and Structural Monitoring (ICGSM) in Poppi, Italy, there was a lot of scepticism raised over the technique with several people advising they had got some very strange and “unexpected readings”.

We had also been advised by several customers saying “your vibrating wire piezometers don’t work properly in the fully grouted method” but as we had merely supplied them with piezometers in accordance with their specification, we had no understanding or control of the installation. The only thing we could do was to ask for raw data and look at it to see what if any was the problem.

VW piezometer unexpected readings – Is the HAE filter the culprit?

Initially we were somewhat puzzled by the data we received and in the first few instances were not able to provide an explanation as the piezometer showed it was responding and working correctly. The next time this occurred we noticed that there was no real pattern to the data although the data generally started out correct but then suddenly showed erratic behaviour either significant ongoing increase or decrease in pressure all of which without any knowledge of the project was impossible to explain. The only common theme was that HAE (High Resistance to Air Entry) filters had been specified.

Even the experts couldn’t explain it!

As a member of the ISO/TC182/WG2 working group on the Development of ISO Standards for Geotechnical Monitoring the author of this blog raised this issue during one meeting on Part 4 Measurement of pore water pressure: piezometers and after many hours of discussion and debate no definitive explanation was forthcoming although saturation of the filter was thought to be the culprit.

During the meeting in Rotterdam in April 2017 the author suggested that as in June at the 4th International Course on Geotechnical and Structural Monitoring (ICGSM) in Rome there would be many eminent industry specialists gathered, including Eric Mikkelsen and John Dunnicliff, and that this was an ideal opportunity to discuss this topic again in detail. Once again various theories were expressed none of which could adequately explain the phenomenon.

It was only ever envisaged that LAE filters would be used for the Fully Grouted Method and that no benefit could be seen using HAE filters.

AN opportunity to test HAE versus LAE

As luck would have it during the conference, I was approached by Kenny Sørensen of Aarhus University who during a research project had experience problems with piezometers fitted with HAE filters but not when using LAE. It was therefore agreed that a collaborative approach by us and a others from the industry would support the University in further research during their next installation.

As the method of saturation of the HAE filter was deemed to be the issue five different saturation methods were selected. See reference Performance Vibrating Wire Piezometers In Very Low Permeable Clay Simonsen T.R. & Sorensen K.K. FMGM 2018 for full details on all methods and results.

The saturation of LAE filters was simply carried out by immersing the filter into de-aired water prior to installation.

The graphs below show the results when using carefully saturated HAE filters versus LAE. 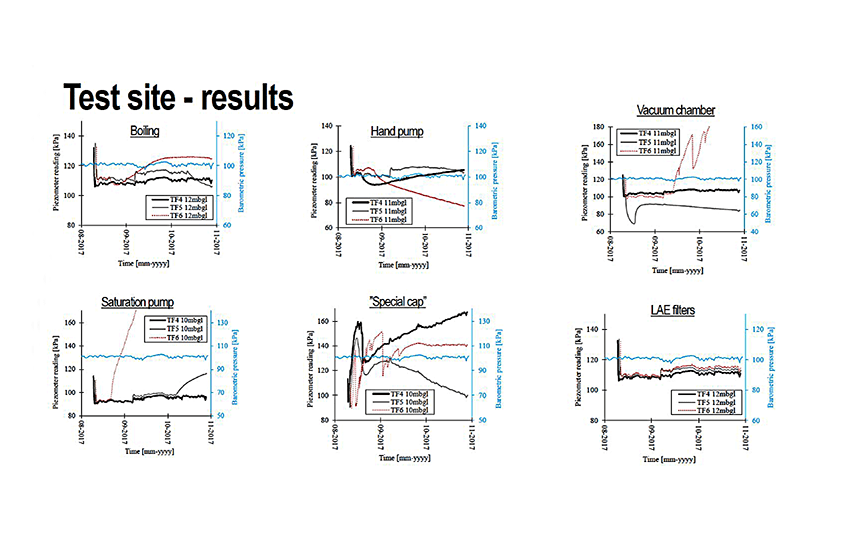 It can be seen that not only do the HAE filters show “unexpected readings” but it does not happen every time which still remains an unexplained phenomenon and in terms of data predictability is the ultimate nightmare. However what it did demonstrate was that LAE filters do not show this issue.

EN ISO 18674-4 states “High air entry porous filters shall not be used with the fully grouted method unless there is a means of removing air from the piezometer.

This must surely mean that the HAE filter was, beyond all reasonable doubt, the culprit

Looking at the different types of strain gauges their principle of operation, applications and tips for installation

All you've ever wanted to know about Vibrating Wire piezometers including selection and installation.

What the new UKCA (UK Conformity Assessed) mark means and when you'll be seeing it.