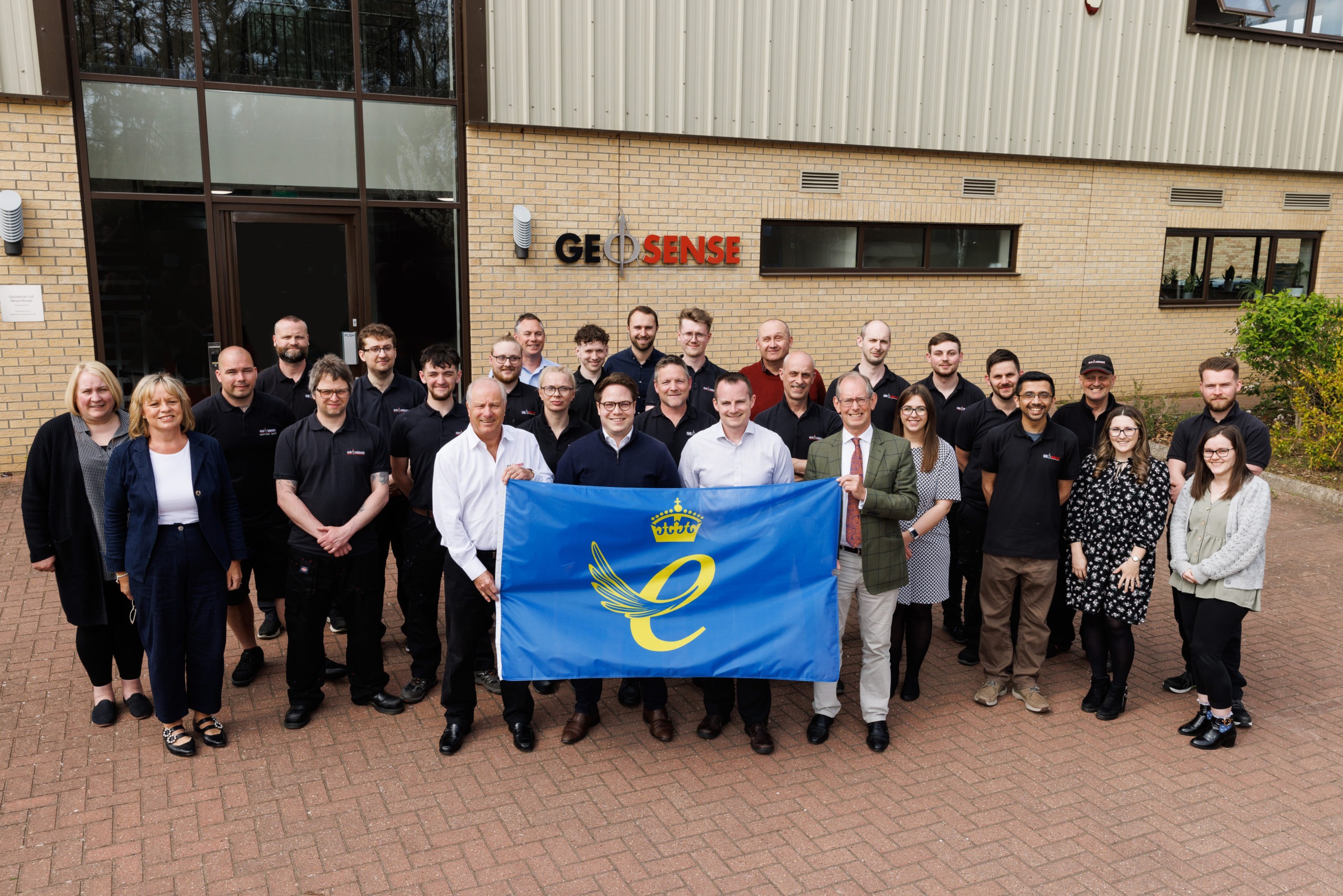 We are delighted to announce that Geosense has been honoured with a Queen’s Award for Enterprise for International Trade.

“As a UK manufacturer, we are honoured to have received this award, particularly in the year the Queen celebrates her Platinum Jubilee. It is a fantastic way to recognise our success in overseas markets and a tribute to our dedicated team and network of overseas partners,” said Geosense Managing Director Tim Clegg.

Working in a broad range of sectors including metros, dams, mining, rail, deep foundations & critical infrastructure, Geosense sensors have been sold to more than 75 countries worldwide and are internationally recognised for their quality and innovation.

The company is one of 141 organisations nationally to be recognised for excellence in international trade. The award is in recognition of outstanding short-term growth in overseas sales over the last three years.

Now in its 56th year, the Queen’s Awards for Enterprise are the most prestigious business awards in the country, with winning businesses able to use the esteemed Queen’s Awards Emblem for the next five years.

Geosense has a stand at GE Transport Geotechnics 2022, proving you really can be in two places at the same time!

Visit our stand at GeoBusiness

Geosense will be at GeoBusiness, the UK’s largest geospatial event at ExCeL London next week.

We are looking for an ambitious and forward-thinking professional to join our team.